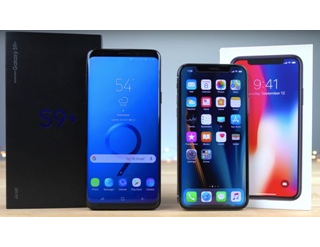 We’ve all seen the ups and downs of the handset industry over the years with the rise and fall of Blackberry and Nokia to Apple becoming a tech powerhouse of our generation off the back of the iPhone. The stakes are high and the risks even higher.

Canalys has recently published a report showing that European smartphone shipments have fallen 6.3% in Q1 2018, the biggest ever drop in a quarter. Western Europe appears to be the hardest hit with a decline of 13.9%: There looks to be several reasons contributing to this slowdown:

1) the continued popularity of SIM only deals

2) a lack of software innovation in the latest device releases

3) increased prices from the major manufacturers Apple and Samsung and

This slowdown was echoed by one of the UK’s largest electrical retailers Dixon’s Carphone when it was recently reported that the chain suffered a 60% decline in profits predominantly due to slowing sales of newer handset models.

Mentioned in the Canalys report is the shift in market share between the major players, Huawei is the big standout with 36% higher sales at 7.4m units. Presumably the lion’s share of this came from Apple and Samsung, who declined 15% and 5% respectively. The theory of price elasticity helps us to understand that increasing or decreasing the price of a product is not the most important factor for revenue or profit outcomes, but rather finding the right price point to maximise quantity of sales and ultimately profit is. There is little doubt that Apple and Samsung have troves of analysis to support their increased pricing on its latest devices and while this may result in slowing sales,it will surely lead to higher profits for them in the end. That might be great for Apple and Samsung but it’s not so great for consumers nor does it do much in support of revenues for the indirect channel such as Carphone Warehouse, who in most cases, rely on fixed fee commissions per sale, where volume of sales is key rather than the value of each individual sale.

When we see the likes of iD mobile offering 30 day SIM only deals giving 500mins, unlimited SMS and 4Gb of data for £8.00[1] and at the same time Apple’s new iPhone Xstarting at £999 but with little genuine innovation from previous versions, it’s hard to argue with consumers who purchase a SIM only deal and look to the second hand device market for a refresh of their hardware. The second-hand device market is flourishing worldwide and for good reason. Statista predicts market share of used smartphones worldwide from 2015 to 2020willincrease to 25%. However, the answer to this growth is simpler, a good quality remanufactured iPhone 7 Plus, for example, can be priced at 40-50%[2] cheaper than its new counterpart and to the consumer, there is effectively no difference because the exterior is as new, and the iOS version inside isthe same.

These are extremely interesting times in the telecommunications space at present, from massive M&A activity with T-Mobile and Sprint in the US and Vodafone and Liberty in Europe to increased competition in the device market and a challenging landscape for the indirect channel. The market is evolving and only time will tell how well the key players manage to navigate it all.