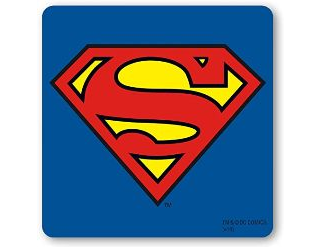 Since I published our recent paper on “The Rise of the Super MVNO?”  it has stimulated not only discussion but also some more thoughts on the subject. In particular if you look deep enough in the research there are some trends that, once you join the dots, start to show that perhaps there is a deeper play in motion indicating that the big cloud providers such as AWS, Azure or Google have the potential to disrupt not only initially the IoT but the wider Mobile connectivity market

We are all familiar with the fact that MNOs can only offer coverage in certain regions and that even with wide-ranging roaming agreements they can only connect with some but not all networks. This is fast changing driven by the need for ubiquitous, out of the box, network-agnostic, IoT connectivity to get the promised business benefits of IoT.

With this comes the evolution of agnostic independent software switch or network switch, aggregating connectivity across multiple MNOs, a far cry from the days of insular network provision with the need for a separate SIM for each network. What has driven this change, well to start with a growing recognition that the first wave of IoT devices were not designed to work with multiple networks which when allied with both regulatory and commercial barriers only reinforced the view that there was little commercial incentive for the major MNOs to allow traffic to move seamlessly from one network to another.

As a result, historically there had been no incentive or appetite for seamless global roaming even though the technology has been around for some time, and as such the vast majority of traffic is still controlled via the traditional SIM card and PAC code approach.

So, how are things changing, this is where IoT is in the forefront as the demand for data services in increasingly remote places is driven by the ever-expanding range of connected devices which combined with the fact that data prices are coming down and the advent of 5G has opened up a range of new commercial opportunities.

However, it is also becoming clear that to exploit these opportunities in a cost-effective way, there is a need to adopt a new model away from the traditional SIM card approach and looking at solutions that involve a (smart) eSIM and a cloud-based network switch that is network agnostic and that provides the service provision directly into the device. Admittedly this approach requires a high degree of co-operation and collaboration with the device OEM’s as the devices themselves will need to be able to handle over the air international mobile subscriber identity switching. But the business case for a device that sells by the thousands every day through retail stores all around the world where the user can just switch it on and the data connection is evident.

From a technology perspective, this is not a huge challenge and as such will see a move from connectivity being controlled by the major Telco’s to being controlled by the major cloudproviders. We already know that these providers drive revenue from data, lots of revenue, data they already control to a great extent and with the move to the edge, their control just increases. This is what gives them the golden opportunity to disrupt the traditional MNO model.

As I stated above, once the key driver becomes the device (as it has been with smartphone) and then if these Cloud providers get into bed with OEM’s, they will start to recommend, if not dictate, the device architecture, holding out the golden egg of ubiquitous global connectivity available on every device they manufacture.

Once the OEMs are aligned with Cloud providers then this effectively reduces the MNO to a dumb pipe with just their RAN as a key asset, especially as most will have sold off their physical assets in the form of towers by then, effectively this means the cloud players themselves become by default the Super MVNO’s we predicted until such time as the MNO licences come up for renew. At which time the traditional bidding war run by regulators and governments seeking cash will ensure that the license will be given to the those with deepest pockets, which in all reality means the Cloud Players themselves, and at stroke removes the traditional MNO from the scene!

Ok, so this is just a hypothesis on our behalf but I for one would not like to bet against a Mobile Brand that was called Amazon, Google or Microsoft after all we have seen what Apple as an OEM did with smartphone to the MNO’s business cases.