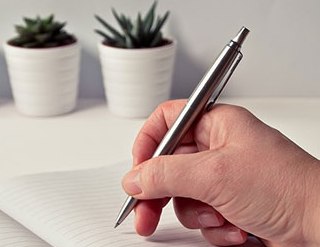 Regulatory changes aren’t necessarily bad news, but nobody enjoys uncertainty – too often, it’s mistaken for negativity. The EU’s new regulations to abolish roaming charges, which came into effect on 15 June 2017, has added enormous pressure to an industry already threatened by slimming margins, requiring each player to react quickly and pre-emptively, to manoeuvre the dangers and, most importantly, realise and act upon new opportunity.

The telecommunications industry is no stranger to change – as both the passenger to and driver of innovation. But regulatory changes on this scale pose a different challenge altogether.

RLAH – what and why

The RLAH (Roam Like At Home) regulation is the culmination of the EC’s decade-long efforts to create a single telecoms market across the EU. In 2007,against the backdrop of rising data needs and consumer appetite for roaming mobile access, the EC issued directives to reduce roaming-related bill shocks, introduce roaming rate caps and enforce obligations onto operators to ensure affordability and transparency.

When the roaming charge cap came into effect in 2012, margins were undoubtedly impacted, but overall roaming revenue remained resilient. In fact, there were benefits to operators: the move helped destigmatise the use of mobiles abroad, as consumers were better able to anticipate their bills. A large bill in a transparent context is easier for a consumer to accept than an unexpected one.

But few regulation changes have had such a direct impact as RLAH – which can be considered regulatory pressure on an unprecedented scale – and operators must change to avoid succumbing to its new weight. It’s estimated that operators face an immediate 50-60% drop in EU roaming revenues.[1] This comes at a time in which the sector is facing existing challenges from rapidly changing user behaviour. As operators phase out charges, annual revenues, which amount to $54 billion globally, are expected to fall by 7% in 2017, and by 28% in Europe.[2]

Roaming revenues are on a sliding scale that cannot be reversed. In the short-term, early adopters of new data policies and consumer contracts will be able to leverage an advantage with packaged services. Ultimately, however, competition will only exist for as long as roaming remains a valid revenue stream. At the current rate, this won’t be the long – with little room to manoeuvre before revenue potential is nullified.

When we consider the rising consumption of data, the loss of revenue could be even greater than anticipated. Consumers are increasingly relying on OTT (Over-the-Top) apps and services (Switchboard, WhatsApp, Skype, etc.) that reduce the need for minute and text tariffs. Whilst cellular phone calls and text messaging remains relevant for many consumers and continue to feature in packaged deals, their importance as a revenue stream is diminishing. In 2015, EE recorded a 10.3% drop in revenues from cellular calling per customer, whilst noting a 50% increase for average data usage.[3] Even this may be understated, however, as current behaviour statistics omit users relying on WiFi for roaming access.

Data is the real issue

Data is king and will remain so for the foreseeable future. The impact on data revenues from RLAH is expected to be far greater than any other. It’s forecast that data revenues from 2016 to 2018 will drop by 89%, as compared to 43% from voice revenues during the same period.[4]

When considered alongside the exponential rise in data consumption, with Ericson reporting a 50% rise over a 12-month period,[5]the need to offer more data at lower per GB wholesale cost becomes readily apparent.

In this scenario, the key to competitive advantage is the ability to offer generous amounts of data without prohibitive usage restrictions or considerably higher tariff costs. Data must be adequately abundant, but sustainable in cost and revenue.

The reality generated by the EU’s regulations is particularly dangerous for MVNOs, for precisely the reasons outlined above. Their reliance on MNOs and dependency upon wholesale rates limits their competitiveness in the current climate, and underscores the need for new solutions. There is the option of renegotiating, but it’s unlikely this will result in more competitive byte-to-byte prices than the MNOs themselves. In fact, there’s a chance MVNOs may be subject to a premium above wholesale rates, as both MNOs and MVNOs attempt to satisfy consumer demand and improve tender margins. MVNOs may be faced by either withdrawing roaming as a service entirely or completely reimagining their service model (to incorporate, for example, a WiFi First solution that leverages seamless offload to, and between, WiFi hotspots).

More creative solutions are required – either through pre-emptive market positioning (e.g. Three’s Feel-at-Home service) or through the adoption of new technology, to provide the necessary quantity of roaming data, reliably so, whilst remaining profitable. It follows that any structure deemed sustainable in the immediate future, will need to remain so in a few years. Solutions must scale with the growth in data consumption as our reliance grows, and the file sizes of distributed content increases.

Consumer behaviour will need to be influenced. Increased promotion of OTT services can help to offset the cost of supporting roaming calls and texts, which are commonly sold in ‘unlimited’ use packages. Data, however, remains the crutch issue. FUPs (Fair Usage Policies) will need to be introduced or made transparent, and effective monitoring of long-term roaming use will be necessary to prevent abuse.

The urgency for a solution to roaming data is highlighted by decision to limit download speeds over the summer of 2017, to mitigate the impact of increased usage.[6] Whilst this may appear an attempt to circumvent the cost of increased usage, as users no longer seek to limit their Internet activity during holidays or rely on alternative roaming providers, it is also one of necessity: few operators have the capacity to accommodate roaming usage equal to domestic tariffs whilst also maintaining an acceptable user experience. Such moves, however, harm operators’ brands and damage the customer experience, and do not represent a long-term solution.

Consumers cannot (and should not) be discouraged from data usage. Readily accessible content is the core of future user experiences. Whilst MVNOs may be more vulnerable at present, O2’s decision to limit available bandwidth shows that no operator possesses an immediate solution, or at least none that will be kind to customer relations.

The answer lies within innovation, as the facilitator of the sort of far-reaching change currently required by the industry. Solutions such as WiFi First provide a ready-made solution that releases MVNOs from their dependency upon network operators. Hotspots are increasingly ubiquitous, and technology is improving to enable seamless transitions between cellular use and WiFi access, so the user experience remains uninterrupted. This is key: WiFi networks generally offer better bandwidth at a fraction of the cost. If WiFi First technology can match the availability and reliability of cellular coverage, it’s a valuable solution in a shifting market.

RLAH has precipitated enormous opportunity coated in risk – change and growth is possible, but vision is required.