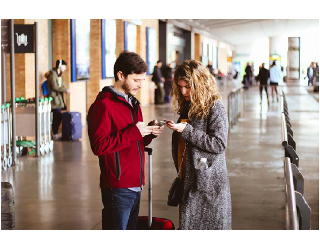 A very interesting report was recently published on behalf of the ITRE committee and the European Parliament discussing the outcomes of RLHA regulation. A link to the report can be found below but the data and insights included in the report tell a very interesting story about the telecoms industry today and the regulation surrounding it.

By all accounts the RLAH initiative has been a huge success for consumers, roaming traffic across the EU has increased significantly, when looking at before and after statistics. And at no additional cost to the consumer. In particular, roaming data usage increased a whopping 435% from Q316 to Q317 and 365% of that from Q217 to Q317. Undoubtedly fantastic for consumers. However, at what cost does this traffic increase come at (nothing comes free!)? The report clearly indicates that roaming is now loss-making for the majority of MNOs, an easy calculation to make when the regulated wholesale rate of €6/Gb is above national retail rates. Since when was regulation meant to lead to business being loss making on its services? The problem is even more acute for MVNOs whose cost to serve a roaming subscriber is higher than that of MNOs. This has led many MVNOs to run at a loss which is a major risk in an already tight margin business. Or alternatively to ask for concessions on the regulation in order to maintain profitability. In the latter case, those MVNOs, who have received concessions on the regulation, have effectively increased their roaming tariffs making their offering less competitive for consumers. Isn’t the outcome of higher tariffs counterproductive to the intention of the regulation?

It feels like unbalanced regulation to me, roaming tariffs were high and needed to be rationalised but when the regulation leads to a loss making situation for the service provider, it’s going too far. To provide some context on this, here are some of the basic mechanics around the economics of roaming. The service providers who benefit from roaming revenues are the visited networks where subscribers are roaming to and not the home networks where the subscriber pays for the service. Most roaming agreements between operators (sometimes via roaming hubs like BICS) will provide between 15-20% wholesale margin for the service provider whose customer is roaming, the remaining revenue goes to the visited network who allows that subscriber to use their network. This means that there is not significant margin for the service provider offering roaming and much more for the underlying network where the subscriber has roamed.  So, when looking at the unit economics of roaming, the largest cost contributor for roaming is really at the level of the wholesale costs charged between operators and not the margin the home operator charge to consumers for providing roaming. However the RLAH regulation focuses primarily on the retail pricing from the home operator and not the wholesale cost and hence the challenges MNOs and MVNOs are facing making a viable business case out of roaming services. Surely it’s time that regulators reduced the regulated wholesale costs in line with retail price reductions to allow for a fair and more level playing field for service providers. By doing so subscribers will still benefit from affordable roaming, visited networks will have a reduction in roaming revenue but that revenue will still be profitable (it doesn’t cost substantially more to provide a service to a local subscriber versus a roaming subscriber) but the home service provider will be able to offer a roaming service to consumers that is viable and sustainable.

The full RLAH report can be found here.