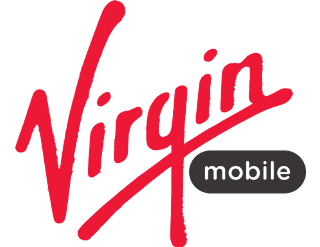 In our last instalment of Results Round-ups, we look at Virgin Mobile UK, arguably, the first MVNO to ever have launched in the UK. Virgin Mobile is an established brand in both the UK and globally, with services operating in Europe, the Middle East, and the Americas – a household name in the MVNO industry!

As for recent results, there are some interesting trends to note and to show those fully, we should look back a few years.

Revenue has been relatively stable for the last 3-4 years, except for 2017 where revenues fell by £50m or circa 10%, which they have said was attributed to a decline in service revenues, not especially descriptive. What is particularly interesting is the movement in profit after tax. 2015 and 2016 saw profit after tax of £50m and £47m respectively, or circa 8% of revenues. This profit percentage had been trending slightly downwards quite consistently going back to 2008 but profit fell off a cliff in 2017 and 2018 where they registered £8m and £12m respectively. 2017 was 68% lower than the year before, a huge decrease!

The Virgin Mobile annual reports don’t provide much insight into why this decrease happened, the costs of goods sold were comparable to the previous year as were G&A expenses. However, operating profit shows the bulk of the decrease but with no real explanation. I’d suggest some accounting efficiencies are being created with the parent company Virgin Media Finance and Liberty, so we may not see a full picture here. However, there are some interesting indicators that could inform components of the decrease.

Firstly, ARPU reduced by almost 10% from £13 in 2016 to £11.64 in 2017. Highly likely to affect profit levels if the costs of goods sold and G&A expenses remain static. However, what is interesting here is that this fall in ARPU coincided with the strategic decision by Virgin to focus more on higher ARPU postpaid customers and less on low value prepaid, which resulted in a significant reduction in prepaid customers from 638,000 in 2016 to 514,300 in 2017. Presumably, this strategy was to improve margin and increase ARPU. Indeed, you would expect better ARPU if you are shedding lower ARPU prepaid customers and at the same time adding postpaid customers, which they did to the tune of 100,000 customers in that period. However, the reverse happened, they reduced ARPU and profit. This seems to show that the postpaid customer adds were not as valuable or profitable as Virgin would have liked or indeed anticipated. Acquiring a new customer is always more expensive than retaining one, particularly when handsets are involved. Virgin seem to have doubled down on this strategy to focus on postpaid when they recently launched their new prepaid tariff plans which charge the customer a connection fee per day. We talk a bit about that here.

Secondly, market competition has been fierce in recent years. With the likes of BT, Sky and iD (from Dixons Carphone) hitting the market with price aggressive, and in some cases loss leading, mobile products. Both BT and Sky came to market with huge advertising campaigns and would have swallowed up a large share of voice in the mobile marketing landscape also. This is not to mention their aggressive pricing strategies. Both BT and Sky are pushing a strategy of bundling their Mobile product with existing products to create stickiness. The idea being that a standalone Mobile product might lose money but if the bundle of products is adding incremental margin, then the strategy is a win. We mention bundling strategies in a previous post here. iD has also hit the market with some super competitive postpaid plans, where, for example, customers can take a long term postpaid contract offering mid-range usage allowances for a low £5 per month. A pretty good fit if you are a low usage Prepaid customer, like those prepaid subscribers that Virgin has been willing to shed from their base.

In the last three years Sky, BT and iD have reached 3-4m customers when you combine their bases. That is a significant portion of the overall market share in the UK but a massive share of the UK MVNO market. On average, MVNOs have had circa 15% of total market share in the UK over the last 3-4 years or roughly 9m customers. This means these three brands could have accumulated somewhere near 30% MVNO market share. Now there is no doubt that the MNOs would have lost their fair share of customers to these brands as well but it shows just how disrupted the market has been in recent years. When you follow this back to our analysis of Virgin’s numbers it might indicate just how hard they have had to compete to retain or acquire customers. More than likely, this has been through pricing-led initiatives which, and if the cost of goods sold and G&A are staying static, will certainly hit margins.

It was recently reported that Virgin has committed to moving host operator from its long-time partner EE over to Voda. Several rumours were surrounding this, such as a bigger picture strategic move by Virgin’s parent company, Liberty, looking to get closer to Vodafone. There have been years of speculation around a mega-merger between the companies and this might be just one move in that broader chess game. However, looking at the above financial analysis, perhaps this is just simply a move by Virgin to improve its bottom line and there is no better way for an MVNO to improve bottom line than to optimise their largest cost item, MNO wholesale fees.