Some Mobile Virtual Network Operators (MVNOs) are providing alternative wireless communications that seem to appeal to budget-conscious consumers who are not heavy users of cell phone service.  Although these small companies are not as consistent as the telecom giants that have cellular tower networks everywhere, these rebels are growing in numbers.

While far from being household brands like Verizon, AT&T, T-Mobile and Sprint, little companies like Republic Wireless and FreedomPop are causing a stir.

One subscriber of Republic Wireless, said, “I don’t need a cell phone that much and so I refuse to pay what some of the big carriers charge,” said John S., an individualist who is retired and lives in Vermont. His wife, Susan, disagrees, but he won’t let her sign up for a big carrier plan that might average about $100 a month for voice service, text and data.

According to a recent article in the New York Times, both Republic Wireless and FreedomPop are at the forefront of a tantalizing wireless communications concept that has proved hard to produce on a big scale: Reduce cell phone costs by relying on strategically placed WiFi routers. And when there are no routers available, fall back on the traditional cellular network. The concept championed by the two little companies in their nationwide services is surprisingly simple.

MVNOs Republic Wireless and FreedomPop have been partially successful after five years of marketing and operating and are gaining acceptance. They report profits, but are still tiny; customers are in the hundreds of thousands.

By comparison, Verizon Wireless and AT&T have many millions of subscribers. Can these hybrid wireless networks gain a share of the market, to any substantial degree? Well, some giant companies look to be following their lead.

Last month, Cablevision announced a phone service that would be powered entirely by WiFi, for $30 a month, while a traditional wireless contract costs around $100 a month. Google has also been working on a cell phone service that relies heavily on WiFi, according to people briefed on the company’s plans.

For consumers, looking for alternatives, this could be good news. Michael Boevink involved with Mobilise Consulting, experts in the MVNO space, said, “Especially in the US there is a need for more and better coverage. WiFi-calling helps with that. I believe in a hybrid model whereby consumers will use WiFi and the 3, 4, 5G network of the carriers. That they are competing is for sure, but the consumer will use both solutions.”

The big American carriers — Verizon Wireless, AT&T, Sprint and T-Mobile USA — have not been worried about their WiFi-powered competitors. But Cablevision and Google could force them to pay attention. And an industry already engaged in a price-cut war could be compelled to go even lower to keep the upstarts at bay, according to multiple news sources.

Google’s Plan to Be an MVNO

Google’s big news is that it will start selling cell phone service along with its Android phones. While the telecom business is a leap for a famous search engine and platform innovator, there are plenty of geniuses there that could make it a go. At least, investors hope so.

According to news sources, Google is working on a technology that will let the customer choose the best available signal, from a variety of sources including Sprint, T-Mobile and WiFi spots, and rout all communications (calls, texts and data) through it.

For some time, Google has been working on a project codenamed “Nova” to put together all the components it needs to become a mobile provider. The search giant already makes the most-used mobile software on the planet, it designs and sells phones online, and it has become an Internet service provider with its Google Fiber initiative. It even has its own VoIP phone service called Google Voice, which allows people to get a Google phone number and call people through Gmail or Hangouts over WiFi.

The missing link has been the cell towers needed to build out a nationwide network.

Rather than spending tens of billions of dollars it would cost to create a wireless network, Google reportedly will carry its service over Sprint and T-Mobile’s networks.

Google is expected to pay those carriers just $2 per gigabyte, according to Macquarie Securities analyst Kevin Smithen on CNN. That means Google could choose to provide super-cheap service that gives Verizon and AT&T something to worry about.

But T-Mobile and Sprint, in particular, are being cautious about the deal. Sprint worked a usage cap into its contract with Google that would allow the wireless company to renegotiate its deal if Google signs up a ton of customers, according to the Wall Street Journal.

That’s possible. In 2018, Smithen believes Google will pay Sprint $750 million and T-Mobile $250 million for its service. That means even if Google chooses to break even, it could sell $1 billion in wireless services just three years from now.

The Besen Group, an international mobile data industry management consulting practice congratulated Google for launching the most disruptive MVNO in the US, relying on recent media articles indicating Google signed a wholesale agreement with Sprint and T-Mobile US to launch an MVNO in 2015.

“We believe Google will offer free unlimited talk, text and data based on the combination of mobile advertising and WiFi business models. When Google’s customers are located within a mobile network coverage area or one of the WiFi hotspots, they can accept and view ads as well as earn credits for each ad,” said Alex Besen, founder and CEO of The Besen Group LLC. “We also predict Google may acquire other MVNOs such as FreedomPop to complement their existing business models. We wish Google all the best with their MVNO.”

Is it possible for Google to surpass any one of the Big Four wireless carriers? Experts say chances are practically nil. Existing carriers don’t want wireless service to become a commodity. Short of building out its own wireless network, Google will have to go through one of the Big Four to get national coverage.

Google already makes tons of money on Android by licensing the software to smartphone makers and by driving customers to use its apps and search services. Rather than relying on wireless companies to provide service, Google Wireless would give the search company the ability to deal directly with its customers.

Google and the cell phone companies have been known to bat heads. Over the past few years, Verizon has banned Google’s Wallet app and made Microsoft’s Bing the default search engine in some of its Android phones. Also, Google has spoken out against the data caps AT&T and Verizon put on customers, as well as T-Mobile’s slowing of customers’ speeds once they reach a certain limit.

Of course, it’s not so easy being a wireless carrier. When service inevitably goes down or connections fail, customers will blame Google — not Sprint or T-Mobile — for the disruptions.

Meanwhile, FreedomPop is moving ahead by launching its own line of branded products, including an Android “phablet” and an Android phone. The Los Angeles-based free mobile broadband and internet phone service also offers some other models in the low-cost price ranges.

You can’t pretend these companies are major players by any stretch of the imagination. As far as Republic Wireless subscribers John and Susan are concerned, they are on the road traveling from Vermont to Florida, and they have been unreachable by phone. 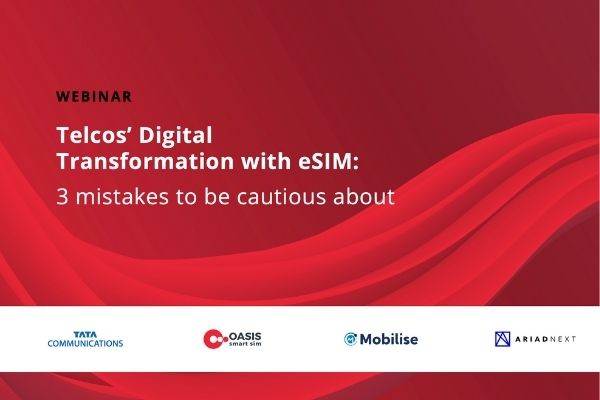 Last week, we had the pleasure to host a webinar ​with Oasis Smart SIM and ARIADNEXT, where we... 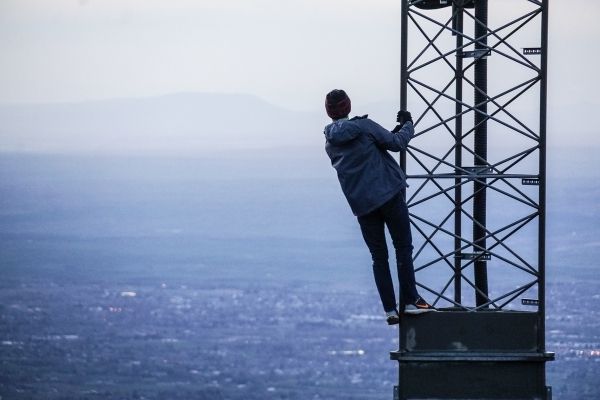 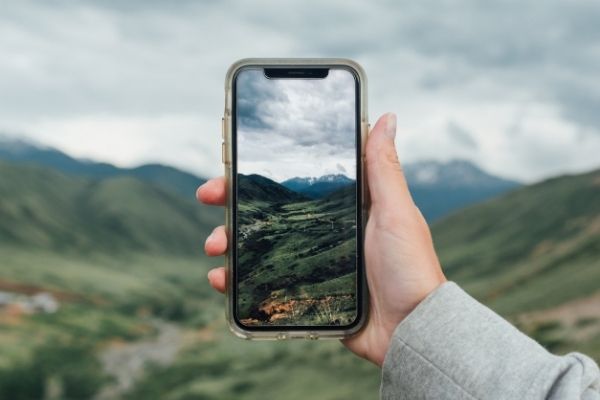 A telco’s role in sustainable business

Although not the biggest culprit of heightened carbon emissions and waste production by far, the...

Email Us
Request a Demo

eSIM as a Service