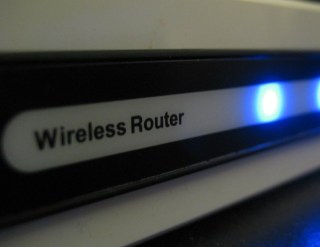 With the race to market for WiFi calling now definitely on (see – EE launches WiFi calling, but it’s not a roaming buster and Google looking for MVNO partners outside US) there is a market brewing for WiFi calling solutions for service providers. One outfit hoping to fill that role is Mobilise Consulting which styles itself as  leading provider of B2B mobile consultancy services and solutions and claims it’s launched the first white label Wi-Fi Calling app and management system for mobile network operators (MNOs) and mobile virtual network operators (MVNOs).

I spoke with Mobilise Consulting founder, Hamish White, about the product and the market. Hamish’s product is called Switchboard: it’s an app-based service which gives its mobile users the option to toggle to WiFi calling where they can both send and receive calls and texts on their mobile telephone number because everything still goes through the operator’s switch and billing system – unlike the classic OTT offering.

According to Mobilise, for the operator it’s a way of ‘plugging in’ wired access (via WiFi) across the Internet and into the operator’s network – so keeping all the billing, call routing and identity that a ‘conventional’ call would have. For all intents and purposes these ARE conventional calls –  they just use the Internet as an access medium.

That doesn’t mean, however, that the application can’t be utilised in innovative ways to disrupt and create some downward pressure on mobile pricing. According to Mobilise Consulting, the advantages of Switchboard for carriers and virtual carriers includes the ability to help them to reduce wholesale costs – cost advantages which can be passed on in disruptive pricing offers.

It’s also the ultimate roaming buster. While carriers like EE go out of their way to prevent calls being made from other countries over WiFi, in disruptive hands, WiFi calling can very easily be the ultimate way to rid the market of roaming charges.

“Roaming is an absolute no-brainer and will happen,” says Hamish.

Mobilise rolled out Switchboard to selected MVNOs in January and plans to demo it at this month’s MVNO World Congress in Nice, France, (21-23 April). It also has a first customer – Globecom Services – and is in discussions with several other early market adopters (between five and 10, Hamish says).

So what. I asked Hamish, are the drivers.

“MVNOs are fighting harder to differentiate themselves in this market. There’s always pressure on pricing and Switchboard offers a nice sticky solution, by allowing a much more attractive cost model,” he claims

He says he’s getting a lot of interest, and not just from the obvious MVNO and MNO suspects. I ask if interested parties might include corporates with home workers, call centres and even wired access providers like ISPs?  “Yes. definitely,” he says. “There are lots of options out there. Anyone can use the app – the art is in the back end, but we’re also looking at supporting desktop dialing from your PC and so on.”

Mobilise also offers Switchboard as a cloud service so operators can start small and build.